In some UK forums recently I have taken part in discussions where the someone is fixated on a specific aspect of real estate investing and they are missing the bigger picture.

The first revolves around the ability to buy a property at a discount (buying wholesale might be the USA phrase) and rather soon after resell or obtain financing at the full market value. Lenders in both the UK and the USA tend to avoid using the paper value if the last sale is less. They will use the lower of the value or sale price for up to 6 months in the UK or even 12 months in the USA.

In the other conversation, we are entering the murky waters of the definition of money, franctional reserve banking and the idea that there is a comspiracy between some big banks. Even if we complete avoid the more wacky ideas, the idea that anything at the macro level impacts significantly the success of a real estate investor’s deal is odd. Deals are done one deal at a time and very much concerning a specific property. If you get a great deal on a house, it does not matter what is going on at the macro level. Yes, interest rate trends and other things have a bit of an impact. Still, your ability to negotiate has more impact that what the Fed or the Bank of England thinks about the source of money and interest rate trends.

Oh, sorry for the late publication. Travel related. Likely to impact the next post also. I will be back in London in about 12 hours.

“Home prices fell to new lows in January, but the rate of decline appeared to be easing, offering the latest hint that prices may be at or near a bottom.” 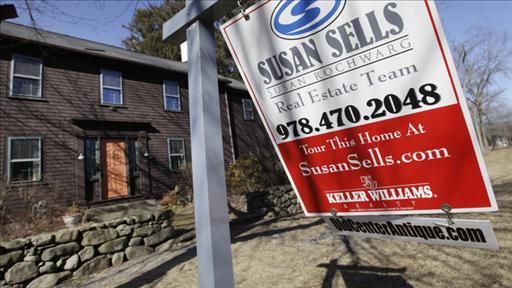 “Prices dropped 0.8% in the three-month period that ended in January, according to the Standard & Poor’s/Case-Shiller index that tracks 20 U.S. metro areas.”

Later in the article is an important point.

“The Case-Shiller index trails the housing market considerably. It reports sales contracts that were recorded for a three-month period that ended in January, which means it reflects sales activity from the autumn of 2011.”

“Housing markets face significant headwinds. Nearly 11 million homeowners owe more on their mortgages than their houses or apartments are worth, and more than one million homes could sell out of foreclosure this year, putting pressure on prices. Credit standards are tight and show few signs of easing, leaving housing markets with fewer buyers at a time when more will be needed to soak up the excess supply.”